The Internet Telephone – How Does It Work?

The Internet Telephone – How Does It Work?

Internet telephone (or sometimes referred to as Voice over Internet Protocol VoIP), is a telephone service that connects via your computer to a specific telephone service via a high-speed internet connection. To establish the direct connection, your internet service provider puts in a small device, called a telephony adapter, onto your modem which converts your regular voice signals into data packets, which are then transmitted over the internet. VoIP is usually used for making and receiving calls over your internet connection. The analog signal is converted into digital data which can be heard and understood by the receiver. Some companies offer VoIP services with a bundled package of telephone lines and the internet. These providers are usually referred to as Internet Telephony Providers (ISP’s). 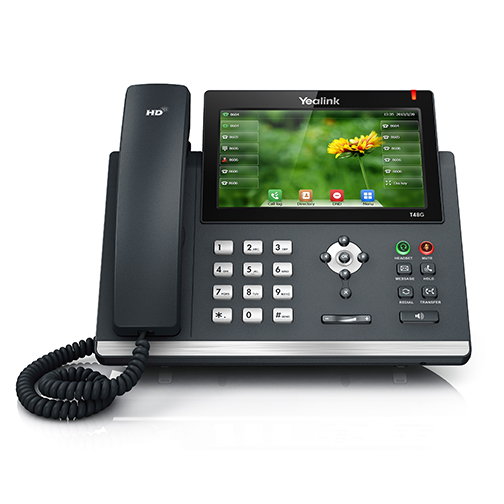 If you have to travel frequently, an internet phone service is a great way to keep in touch with your family, business colleagues, and service-company clients. By forwarding your calls through your computer to the adapter, your service provider can place your calls wherever it is convenient for you. This eliminates the need to buy a separate landline telephone from your local phone provider. For those who do not want to use their home phone number for personal and business calls, internet telephone services also provide virtual numbers for added privacy. These virtual numbers are provided to you at no extra cost when you purchase internet telephone service.

There are different types of internet telephony services available. You can choose from two-way internet access calls that can be made to and received from other internet users; VoIP (Voice over Internet Protocol) phone services that use your internet connection as the medium to make phone calls; and standard fixed line telephone services. For internet access calls, you will need a modem and adapter, and VoIP requires a phone or computer that has a VoIP adapter and active microphone or speakers. You can also opt to have a PC-to-PC phone call made using your PC. These types of phone services are often referred to PC-to-Server or PC-to smartphone.

The Federal Communication Commission or the FCC is the regulatory body that governs all telephone communications in the US. It keeps in check the growing number of internet and cable television providers by setting standards for maximum capacity and interconnectivity of cable and satellite transmitters and receivers as well as setting rates for these services. The FCC also protects the consumer from unfavorable telecommunications practices like those that circumvent the three-way communications act. One example of an unfavorable practice is the simultaneous answering of calls made by means of instant messaging systems.

The consumer protection agency of the United States, FTC, is responsible for regulating all aspects of consumer communications in the US. The Federal Trade Commission or the FTC was established by the US government to serve as an independent authority that sets and adopts rules for advertising, services, and products. The FTC also ensures that the copyrights of artistic creations are protected from unfair competition. The agency has established guidelines for defining reasonable pricing, disclosure of material connections, and giving customers the protection against unfair and deceptive acts or practices. The Federal Trade Commission enacts rules and regulations that govern all aspects of the ISP and telecommunication industry.

One aspect of the Federal Trade Commission’s (FTC) consumer-protection rules is the ban on a practice called dialing so-called “phony charges” or “swing fees”. Internet telephone companies cannot, by means of their services, charge extra fees for voice calls that originate outside the local calling area of the service provider. They cannot, furthermore, the charge for long distance calls made by consumers who live in states that do not recognize a basic right to freedom of movement.

The rules of the Federal Trade Commission regarding internet telephony market are in effect since 2021. Many people have criticized the slow adoption of the facts, or lack of coverage in certain states, but the rules have been criticized for being too restrictive for the good of the telephony market. For instance, the act requires a certain minimum amount of bandwidth for internet calls, which may make it impossible for some internet telephony service providers to continue to expand their businesses. Some ISPs, like Vonage, filed suit against the FCC for not properly implementing the act.