What Is VoIP Trunking Service?

What Is VoIP Trunking Service?

VoIP or Voice over Internet Protocol can be explained as the process by which data is transmitted via the internet. VoIP refers to voice communication over IP networks. VoIP is an extension of internet telephony services that offers many advantages over traditional phone service. It is useful for smooth communication in offices and in public relay systems. 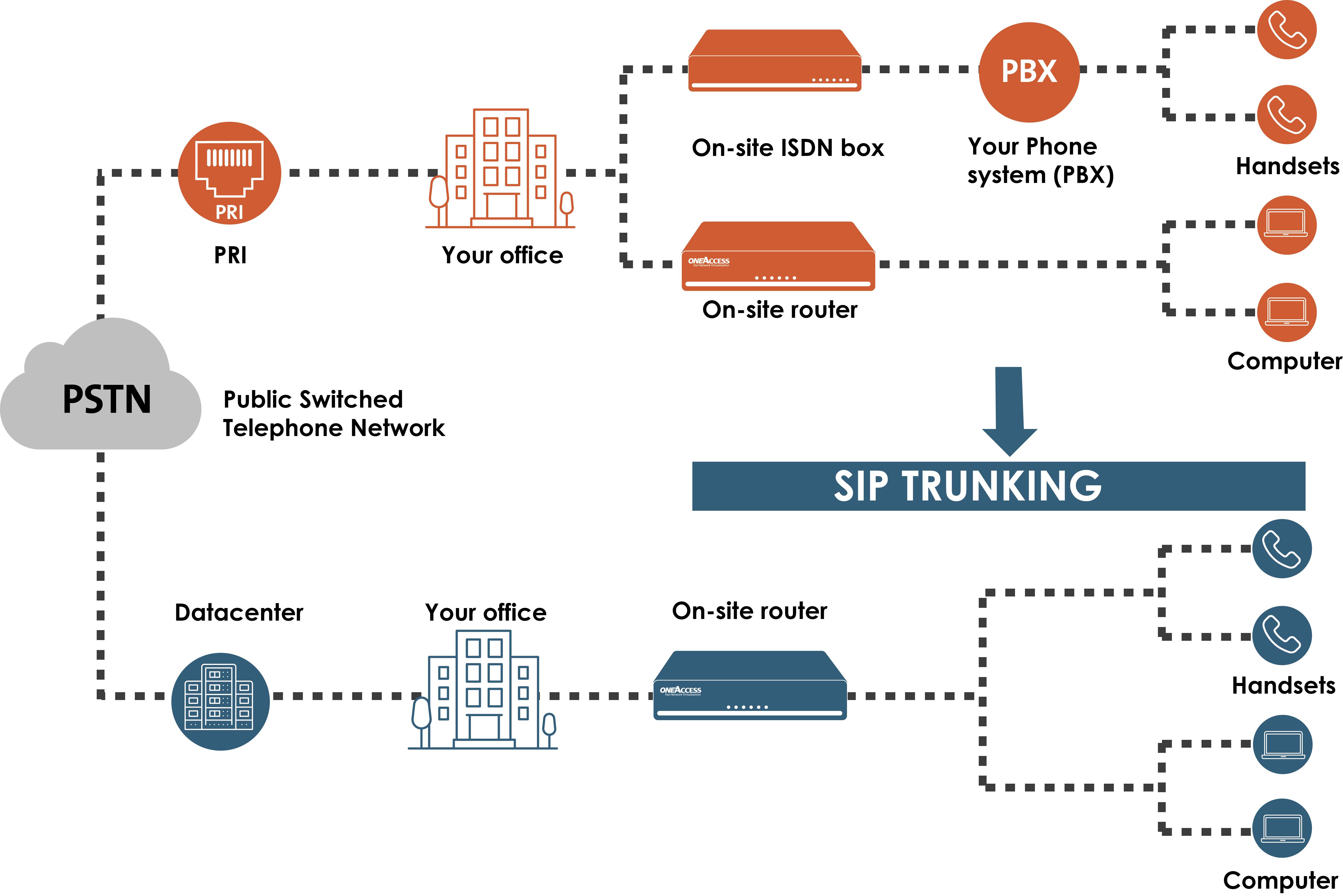 VoIP is an extension of normal phone service provided over the public switched telephone network (PSTN). The basic service allows people to send and receive calls over the internet. The term ‘voice over internet protocol’ (VoIP) is sometimes used to refer to VoIP phone services which are not based on the PSTN infrastructure. The term is used as a verb with an IP attached. A VoIP network has links with internet-based extension service provider (ISP).

The major advantage of VoIP over regular phone service is that calls made using a VoIP phone are routed over the internet rather than over the public switched telephone network. Also, a subscriber can use any type of telephone even though it is connected to the same network as the VoIP service. So, while one is making a long-distance call, the other can use the VoIP instead of the traditional PSTN telephone.

So, how does VoIP Trunking work? VoIP trunking allows voice data to be sent over a single connection from a client (PC) to a server (edge). A VoIP server is simply a software that receive VoIP information, routes it over the internet, and then sends it back to the client. This process is rather simple and is what makes it possible for information sent to a computer to be entirely managed by that computer.

When a phone is connected to the internet, a number of factors come into play. The first is the physical configuration of the telephone. It is used to establish how it is connected to a particular VoIP service so that all relevant data can be passed to the right location. An important component in this connection is the IP address of the VoIP service.

This IP address is used to identify the particular telephone number in question and also to control the communication that is going on between the caller and the receiver. The other factor is the quality of the signal that is being transmitted over the internet. The Internet backbone such as the Internet Service Provider or ISP usually controls the quality of the data that is being transmitted. Once the data has been converted into VoIP, this information is then routed through the IP network so that it can reach the telephone number that is being dialed.

There are two types of VoIP services. One is the basic VoIP service, which is what is VoIP trunking service. This is the actual conversion from analog audio signals to digital data that is later converted back to analog. The other type is what is called an intermediate service that converts the digital data into VoIP so that the end users will be able to enjoy the advantages that VoIP provides.

When you are using this kind of system, it is important that you have an appropriate phone that is compatible with the system. You have to keep in mind that not all phones will work with VoIP because the digital information is different. You should make sure that your telephone is compatible with what is VoIP and not the analog signal that are coming through the telephone line. In order for you to be able to find out the kind of telephone that will work well with what is VoIP, you can try to get advice from people that are already using this service.

You can also look for what is VoIP trunking service on the web. You will be able to get a lot of information about this system which will help you to decide if it would be something that would be of interest for you. This system has many advantages and some of them are that it does not need any wires to transfer the phone information from one location to another. Also, this type of system allows you to have a high speed connection to the internet which is handy when you need to download any information quickly.

However, there are some disadvantages as well when you consider what is VoIP trunking service. The VoIP system does not support what is known as ‘handed’ call connections, and this means that you may find that you cannot connect with certain people who are on the opposite end of the network. Also, the VoIP system does not allow you to make conference calls but this is something that you can do when you are using a dedicated IP telephony system. It is a good idea to look into these disadvantages before you decide to switch over to what is VoIP.